After much consideration, we have decided to CANCEL this year’s First Ladies’ Luncheon. Your health remains our top priority, and we felt that gathering this soon in such a large setting would be unwise. As our biggest fundraising event of the year, we are saddened that we will not be able to meet and celebrate in person. However, we look with hopeful anticipation for what the next year will bring for this event and our community.

We will provide an opportunity to still gather virtually for an interview with Wakeema on June 11. The purpose of this event is not to replace the luncheon. It is simply a small expression of our gratitude for your support. Further updates regarding this event will be provided later this month. 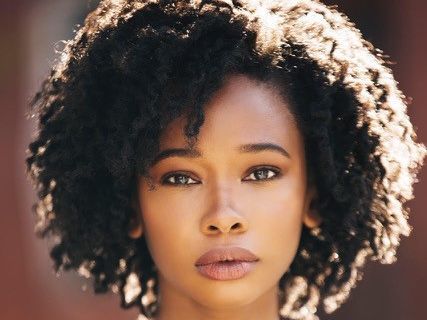 Wakeema Hollis first fell in love with acting at Jackson Central-Merry High School in theater class. “As a fifteen-year-old focusing hard in school and cheerleading, Becky Fly’s theatre class was a moment in my day to both transform and be transformed,” Wakeema recalled in an interview with Our Jackson Home.

Though acting is her first love, Wakeema Hollis got her start as a model walking in shows for major brands, such as Diane Von Furstenberg and Marc Jacobs, and appearing in ad campaigns for Paul Smith and Moschino to name a few. In 2014, Hollis made the switch to acting starting off with a small role on Lena Dunham’s Girls (HBO). She would then go on to land a recurring role on the record breaking, Emmy award-winning comedy The Marvelous Mrs. Maisel (Amazon) as well as recur on The First Wives Club (BET+) and Dynasty (The CW). Next year, Hollis will make her big silver screen debut in the highly anticipated, Will Packer produced film, The Photograph, starring Issa Rae and Lakeith Stanfield.

To learn more about Wakeema (and her mother), we encourage you to read the interview in Our Jackson Home.