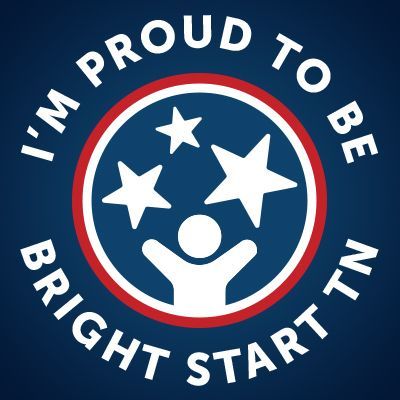 Research has repeatedly shown that the first eight years of a child’s life are a critical development period, and third grade is widely acknowledged as a benchmark year that determines future academic success. Yet with more than two-thirds of TN’s third graders not proficient in reading or in math, our state is facing a crisis that the Bright Start TN Network will help fix.

“Bright Start TN is an important extension of the work TQEE does to advance smart state policies and practices that support young children’s success,” said TQEE President/CEO Blair Taylor. “But state policies are only as successful as their local implementation. Through Bright Start TN we’ll tap the power of local community members – civic and business leaders, child care providers, nonprofits, schools, families and other stakeholders – to create and implement local plans for early childhood success that leverage both state and community assets and resources. These teams will also inform TQEE’s state policy agenda and expand our advocacy network.”

The other inaugural Bright Start TN community partnerships are:

The partnerships were chosen through a selective process that considered their commitment to address learning and opportunity gaps in early care and education birth through third grade and their capacity to assemble community teams to accomplish the initiative’s goals. Each community will use data to better understand barriers to early learning, implement evidence-based and promising strategies, and share learnings with peer communities and state policymakers. The partnerships will create local plans by the summer of 2022, with implementation expected to be complete by 2025.

“The United Way of West TN is honored to be part of this first-of-its-kind initiative in TN that strongly aligns with our mission to advocate for equity through uniting people in ways that improve access to health, education and financial stability,” said Marshall. “As a community, we have a particular responsibility to serve our youngest citizens in these areas. We’re all in this together, and the Bright Start TN Network will support us to develop and implement our regional early childhood plan. We look forward to learning with and from other TN communities so we can improve early learning outcomes for West TN children.”

“We know that skills and performance gaps take root long before third grade and are tied to opportunity gaps,” said Jonathan Scoonover, TQEE vice president of community engagement and director of Bright Start TN. “Unfortunately, a disjointed and insufficient patchwork of education and supports leaves many children vulnerable, resulting in poor academic outcomes for the children and our state. TQEE’s Bright Start TN Network aims to change that, and we’re excited to work alongside United Way of West TN and the community partners they’ve assembled in this urgent endeavor.”