Choose How You Want to Change Your Community 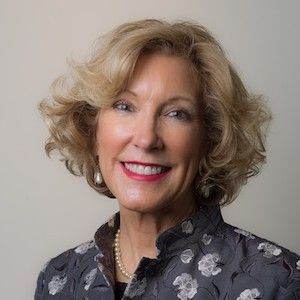 How long have you served as the Mayor of McKenzie? What are some of your responsibilities as mayor?

I have served as the Mayor of McKenzie since 2010. Some of my responsibilities include ensuring that our citizens are safe and that we are doing everything to provide an environment that promotes their livability. We want everyone in their neighborhood to feel safe, be happy, and stay healthy, and to do that, we are constantly looking to provide them with the necessary resources. We have a very diverse population within our retirement community, the students at Bethel University, younger school-aged students, and we have a large middle-aged population. As mayor, I make sure we do not focus on one segment, but the needs of all age groups.

How did you hear about United Way of West Tennessee?

I had previously lived in Florida and had always heard of United Way but never worked with them personally. I did have a few concerns at first because I had often heard of nonprofits taking a large portion for themselves of what had been donated. However, when I moved to Tennessee, I was overwhelmed with the amazing work I heard United Neighbors was doing in McKenzie. And I quickly learned that it was through United Way!

Why do you believe in United Way?

When you donate, you can choose where your money goes. What is so great about United Way is that there are so many organizations under their umbrella, and you can choose a specific one to support, or a variety. I have full confidence that my money is going towards these organizations and not to pay off big salaries. With many big charities, you have no clue where your money goes. But I know for a fact that my money stays local with United Way. They also have an amazing volunteer system - all of which do not expect anything in return; they volunteer because they are passionate about helping. That, too, should show how many believe in United Way.

How has partnering with United Way benefited your community? What does this partnership look like?

In McKenzie, we have United Neighbors, the McKenzie Rotary Club, canned food drives, and Carl Perkins. I have seen each of these benefit greatly from their partnership with United Way and I know they would not be where they are today without United Way’s help.

Any words of advice to people who are looking to support United Way?

If you have been on the fence about donating to a nonprofit, United Way is the way to go. You can be assured your money is going directly to people who need help in your community. You have control as to where you want your money to go and to what organization. For me, the control was the deciding factor. I highly recommend anyone looking to support a nonprofit to think of United Way of West Tennessee.