"Be the Change" Outdoor Film Series on Equity and Justice 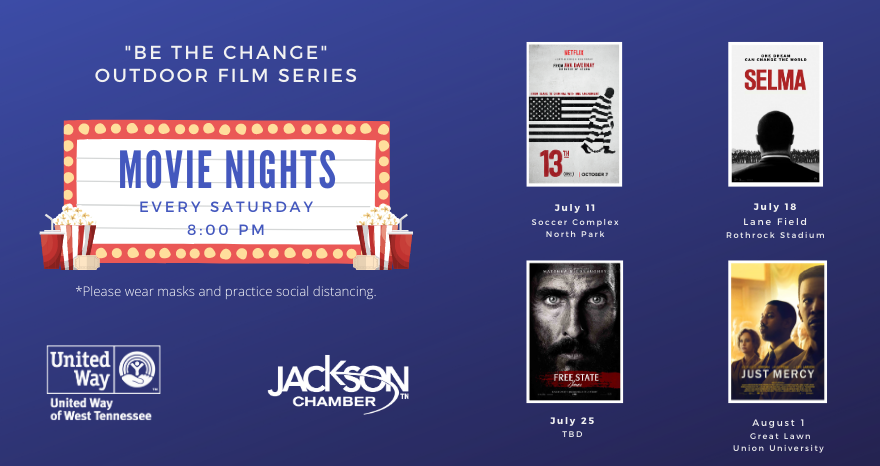 As the community seeks further unity and effective change, United Way of West Tennessee and the Jackson Chamber have partnered together to host the "Be the Change" Outdoor Film Series on Equity and Justice each Saturday evening from July 11-August 1. Each outdoor film screening will be shown at select locations within the community at 8pm. Viewers are welcome to bring their blankets/lawn chairs. Social distancing and mask wearing is strongly encouraged. Below is a schedule of the movies that will be shown and their respective locations.

A historical drama based on the 1965 Selma to Montgomery voting rights marches in Alabama. It will be shown at the Track at Oman Arena in Jackson, TN.

A historical war film inspired by the life of Newton Knight and his armed revolt against the Confederacy in Jones County, Mississippi, throughout the Civil War. Join us at South Side High School's stadium in Jackson.

The true story of Walter McMillian, who, with the help of young defense attorney Bryan Stevenson, appeals his murder conviction. Join us on the Great Lawn on Union University's campus in Jackson, TN.