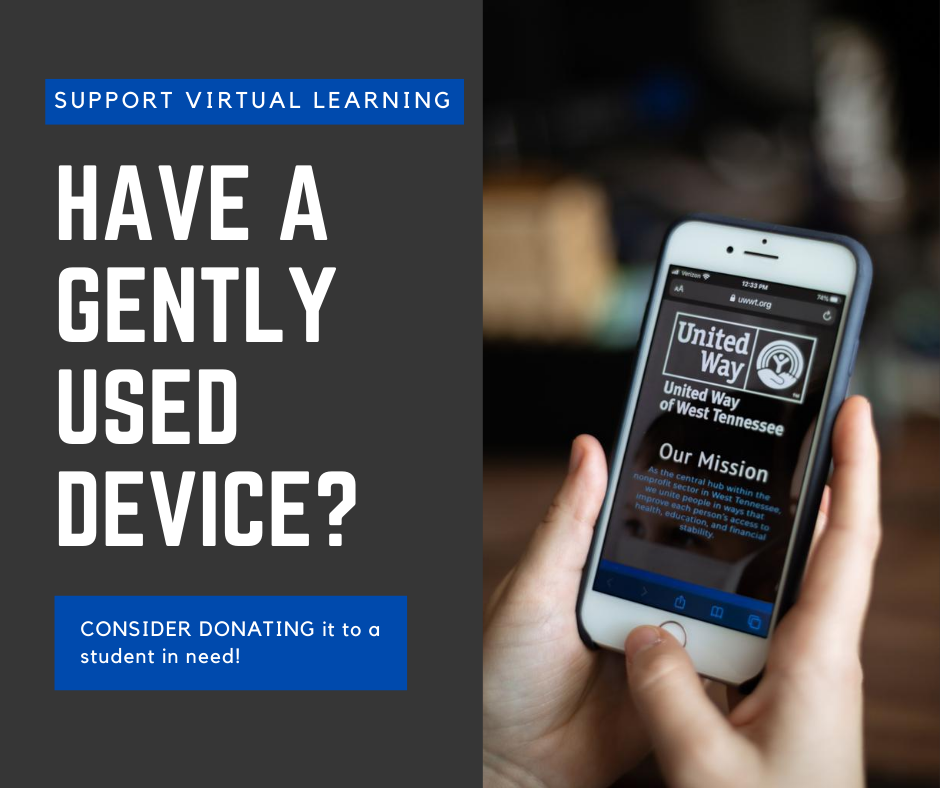 United Way of West Tennessee is hosting a drive from Sept. 14 through Sept. 25. and is accepting gently used devices for students in school districts around West Tennessee who lack access to virtual classrooms.

Several of the school districts around West TN have opted for distance learning instead of bringing students back into traditional classrooms.  While this is undoubtedly a safer option, it also poses other challenges to overcome. United Way recently provided 212 T-Mobile Hotspot devices to Jackson-Madison County School System for families in need of internet connectivity.  And, they are now promoting a drive to help with other devices.

“COVID-19 continues to impact our everyday lives, forcing us to become creative in the way we combat the obstacles it has presented,” stated Matt Marshall, President/CEO of United Way of West Tennessee.

“As students in many of our school systems take part in distance learning, many do so without a device to access virtual classrooms.  We are asking those in the community who can, to consider donating their gently used devices so that access might be provided to those with the greatest need.”

Donations of gently used tablets, iPads, or smartphones may be dropped off at the following locations in West TN: